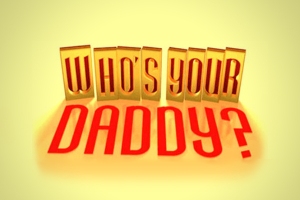 “But when the fullness of the time had come, God sent forth His Son, born of a woman, born under the law, to redeem those who were under the law, that we might receive the adoption as sons. And because you are sons, God has sent forth the Spirit of His Son into your hearts, crying out, ‘Abba, Father’!” (Galatians 4:4-6)

Abba: An informal Aramaic term for Father that conveys a sense of intimacy. Like the English words “Daddy” or “Papa.”

From presidents to popes, Hollywood performers to politically correct preachers, we hear this statement often: “We are all God’s children.” It does sound nice; why it even sounds like a real Bible kind of thing. However, is what they’re saying true? What does the Bible tell us?

The Bible tells us “God created [Adam] in His own image; in the image of God He created him.” (1) Then what happened? Adam fell. Adam died spiritually. Adam fell, and Adam died, and every one of his progeny has been born in the same condition. All of us have been born in the tainted image of the man of dust, not in the intended true image of God.” (2)

But, “when the fullness of the time had come, God sent forth His Son.” Then what happened? A Cross. Someone died. Someone was raised up. Jesus Christ, “the image of the invisible God” (3) lives and calls all of Adam’s condemned dust kids to receive a new spiritual birth into “the image of the heavenly Man.” (2)

Those who choose to remain in Adam are “dead in trespasses and sins.” Adam’s offspring “walk according to the course of this world, according to the prince of the power of the air.” Adam’s image-bearers “fulfill the desires of the flesh and of the mind.” Adam’s descendants are “sons of disobedience” and “by nature children of wrath.” (4)

The children still living in Adam are heading for destruction. God loves each one of those dust kids, “not willing that any should perish but that all should come to repentance.” (9) He wants to adopt them – all of them. He sent His Son to make possible their adoption. They can receive Him, trust in Him, and enter into a relationship with Him that is free of fear and anxiety. They can call out, “Daddy!” when the Lord gathers them into His family forever. His sons and daughters are assured of this, for we have “received the Spirit of adoption by whom we cry out, ‘Abba, Father.’” (10)